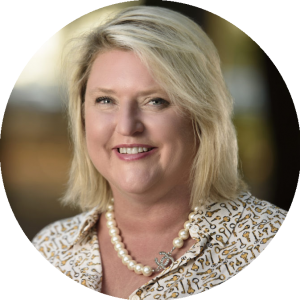 Thursday, December 16, 2010
Once again this morning the bond and mortgage markets tried to improve but by 9:00 all the early gains were gone. Yesterday after the 4:30 report was sent out mortgage prices took additional hits, falling 100 basis points on the day. At 9:30 mortgages were unchanged and the 10 yr note held a 7/32 price gain at 3.51% -2 bp.

At 8:30 this morning weekly jobless claims were reported down 3K to 420K, claims were expected to have increased about 4K. Continuing claims increased to 4.135 mil frm 4.113 mil the previous week. Although better than expected the changes from the previous week were nominal. Nov housing starts were expected up 4.8%, as reported starts increased 3.9% to 555K units. Nov building permits were expected up 2.5%, they fell 4.0% to 530K units. Although less than forecasts the increase in starts is the first since August. Probably not necessary to reprise it but the housing markets remain in depression and will not rebound much in 2011.

Markets remain completely confused by the Fed; Bernanke has said more than a few times the Fed’s $600B QE 2 was necessary to keep interest rates from increasing. It isn’t news that the opposite has occurred, rates have increased over 100 basis points in rates since the Fed announced the treasury buying. The Fed is wasting money buying treasuries as rates increase; its Treasury portfolio is losing money with everyday that passes. On the economy the Fed and markets appear to be on very different paths; the Fed’s FOMC statement Tuesday called the economic outlook questionable, growing but maybe unsustainable, growing too slowly. On the other side the equity markets and the bond market are waging heavily that 2011 will see strong economic growth; many economists are now forecasting 4.0% GDP growth. Meanwhile the Fed has gone silent, Bernanke and other Fed officials refrain from outwardly explaining why the difference in views; likely the Fed is confused. The Fed is out of step with the private sector outlook, that doesn’t happen very often as markets mostly buy in to what the Fed is saying.

Who is right about the outlook? The equity markets or the bond market pushing interest rates higher daily? The private consensus among most analysts and economists that 2011 will see lower unemployment and stronger growth is based solely on the legislation currently moving through Congress; tax rates unchanged, a cut in payroll taxes of 2.0% that will put more cash in the pockets of consumers and other incentives. The bet now is that consumers will increase spending based on the legislation. Consumer spending remains luke warm at best, consumer credit is declining as many believe that saving is now the prudent course. The main wealth for most people is their home, that wealth has almost vanished; the outlook for housing in 2011 is not good. Why then is the outlook for next year so strong? Wishful thinking in our view.

I know it is redundant but it is the case; the bond and mortgage markets are very oversold based on traditional momentum oscillators. It is unusual that we are not getting a rebound by now, but no one should fight the trend no matter how overdone the move has been.